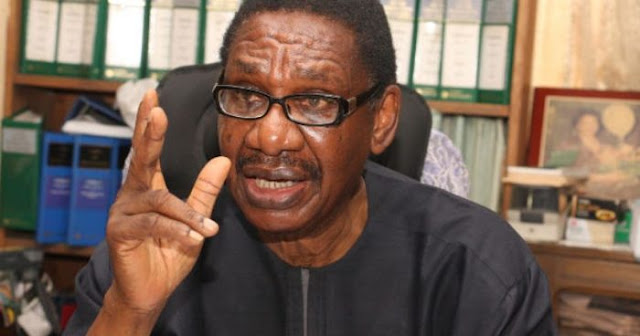 According to Sagay, Chairman of the panel, Isa Ayo Salami, is the only person without a vested interest in Buhari’s team.

“I criticise the Salami panel for taking evidence from the accusers behind Magu’s back and for not giving him the petitions against him in advance of his defence,” Sagay said, according to the Nation.

The frontline lawyer noted that the panel is packed with DSS, Ministry of Justice and others from security agencies who are all Magu’s accusers.

“Justice Salami appears to be the only neutral person on the panel.

“The Supreme Court of the golden age era once condemned this in strong terms in Chief Gani Fawehinmi v. the Legal Practitioners Disciplinary Committee ([1985] 2 NWLR (Pt. 7) p. 300) as ‘come here quickly for your assured condemnation’.

Sagay, however, said he believes that Salami, whmo he described as a man of integrity, will not allow any injustice to happen in spite of the composition of the panel.

Aliyu Lemu, Magu’s lawyer had on Monday said that up till this moment, his client has not been told why he is being investigated.

Earlier, Magu had claimed that some powerful toes he stepped on while doing his job as the EFCC Chairman were out to tarnish his image and destroy his reputation.

Magu is being investigated over alleged mismanagement and lack of transparency in managing recovered assets by the EFCC from 2015 to 2020.

The Presidency at the weekend gave Salami-led panel 45 days to submit its report.