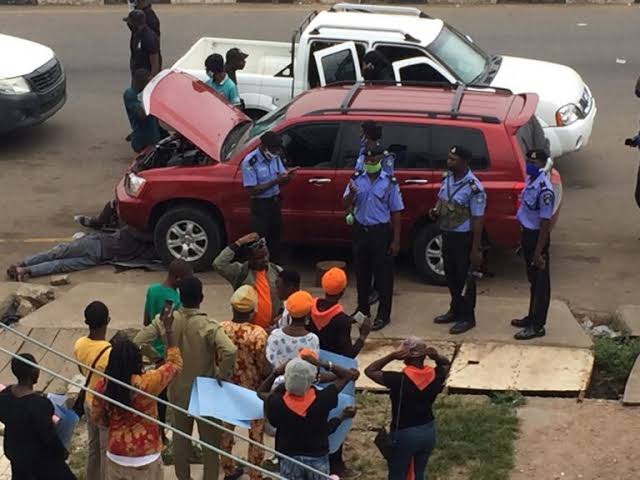 Three out of seven #RevolutionNow Movement protesters arrested on Wednesday in Osogbo were late Thursday released to their parents.

Their counsel, Alfred Adegoke, told our correspondent that four of the protesters were still being detained at the office of the Department of State Security in Osogbo.

Adegoke gave the names of those released as Samuel Olowolafe, Gift Erupke, and Martins Jesuloni.

According to him, the four that are still held were unable to bring their parents as demanded by the DSS.

He said, “They are still being held. The condition that they should produce their parents is uncalled for.

“They are adults. For instance, Olawale Bakare lost his mum long ago. Also, parents of one of those being held live abroad.”