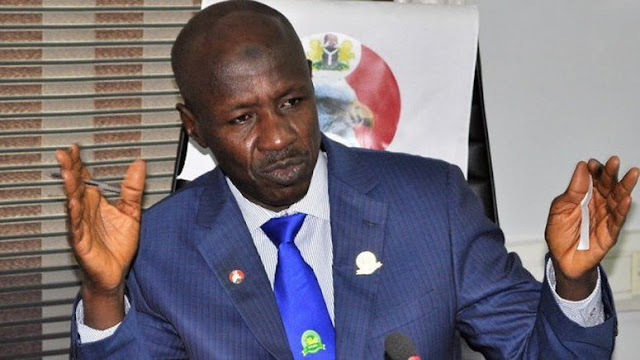 Four weeks after Ibrahim Magu, suspended chairman of the Economic and Financial Crimes Commission (EFCC), first appeared before a presidential panel probing his activities, there are indications that the panel has less than two weeks to submit its report to President Muhammadu Buhari.

In a letter signed by the president, Buhari approved the establishment of a judicial commission of enquiry under the Tribunals of Inquiry Act (Cap T21, LFN, 2004), to investigate the allegations levelled against Magu.

According to the letter, the panel is given 45 days “from its first public sitting” to submit its report.

Magu was whisked away by a combined team of DSS operatives and officers from the Force Criminal Investigation Department (FCID) on July 6, 2020, and then taken before the panel.

The panel is investigating the activities of the commission under Magu’s watch.

Persons named as members of the panel are Ayo Salami, retired president of the court of appeal, (north-central), who is the chairman; Anthony Ogbizi Michael, deputy inspector-general of police, (south-south) as deputy chairman, and Kazeem Attitebi (south-west) as secretary.

Although journalists have so far been barred from covering the activities of the panel, there have been reports of happenings of the committee which grilled Magu.

Magu is said to have been formally served his allegations and terms of reference on August 8, 2020, even though he has previously issued statements through Tosin Ojoamo, his counsel, denying allegations against him.

He has also questioned the panel on why persons under EFCC trial were being asked to testify against him.