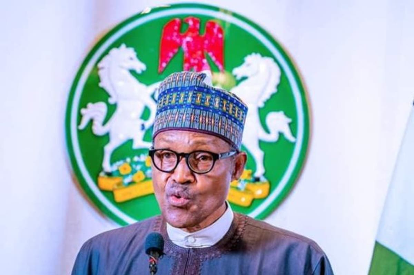 President Muhammadu Buhari on Sunday extended his condolences to the family, government and people of Adamawa State on the passing of Ambassador Wilberforce Juta.

Juta was the second civilian governor of old Gongola State.

In a statement signed by his Spokesman, Garba Shehu, the President also commiserated with the Peoples Democratic Party (PDP) on the demise of one of her founding fathers.

Buhari noted that Juta ably served the country with dedication as High Commissioner to Zimbabwe, at the return to civilian rule in 1999.

“As a teacher, politician and Christian leader, who was actively involved with the Lutheran Church of Christ in Nigeria (LCCN), President Buhari affirms that Ambassador Juta was very passionate about the development and stability of the country and never took for granted the need to promote peace, harmony and religious freedom,” the statement said.

He noted that as a professional teacher par excellence, “Juta tutored and prepared many Nigerians for leadership roles of today and tomorrow, including Mr. Boss Mustapha, the Secretary to the Government of the Federation, who was his former student.

“In recognition of his outstanding roles in the education sector, as a school principal, the elder statesman was once honoured as the Best Principal in the North East,” the statement noted.

It added that Buhari’s “thoughts and prayers are with the Ambassador’s family, friends and the people of Adamawa State in their time of grief, even as he prayed for the repose of the soul of the departed patriot.”