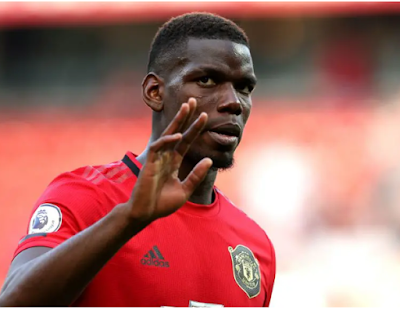 Mino Raiola, the agent of Manchester United’s Paul Pogba, has confirmed the player will not leave the club this summer.

Pogba has been constantly linked with a move away from Old Trafford, with Real Madrid mooted as a potential destination.

Although the Frenchman admitted he would like to try a new challenge last year, he ended up staying at United.

Pogba was injured in December, but returned to play a part in helping the Red Devils qualify for the Champions League.

Raiola says he will remain at United and open discussions over a new deal.

“Pogba is key player for Man Utd, they’ve an important project and he’s 100% included. Man Utd will not accept any bid on this summer to sell Pogba.

“We’re going to speak about a new contract soon, no stress.”

Pogba’s current contract runs out next summer, when United could face losing him for nothing.