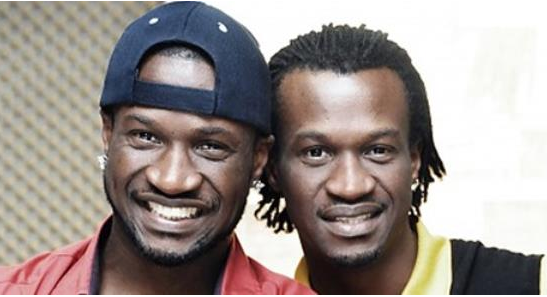 Nigerian singer, Peter of the defunct group P-Square, has reacted to a viral video on purported reconciliation with his brother, Paul.

In the video, which went viral on social media during the weekend, Peter Okoye could be heard apologising about the issues with his brother, asking fans for forgiveness.

He also made comments like ‘‘P-Square is back together.” 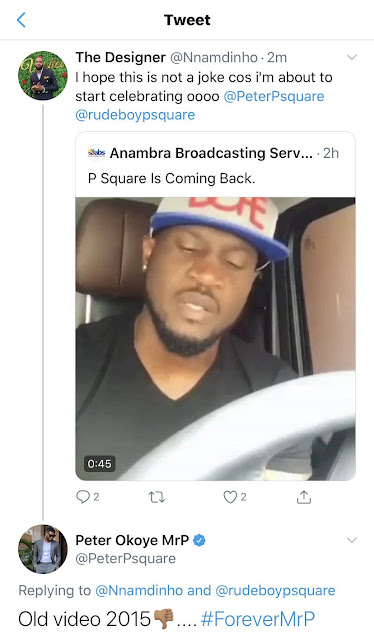