PDP vs APC: Why Edo people will vote against Obaseki – Tinubu 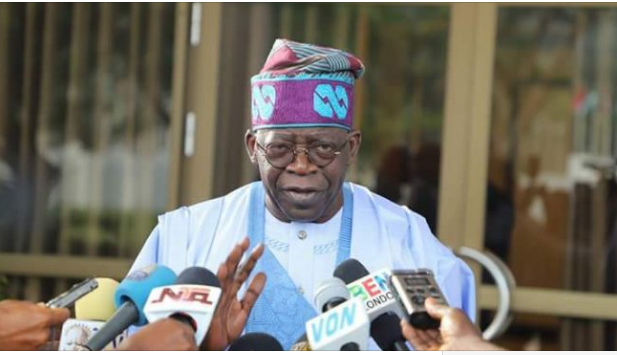 Bola Tinubu, the National Leader of the All Progressives Congress, APC, has given a major reason the people of Edo State will vote out Governor Godwin Obaseki come September 19.

Tinubu, in a statement he personally signed and made available on Friday, said Governor Obaseki’s “woeful leadership” will be brought to an end soon.

The former Lagos State Governor said while had promised to be the governor of all the people of the State, he has denied two-thirds of the people of his state their right to representation in the state’s only legislative chamber.

Tinubu said for this reason, the people whose rights have been denied will fight back with their votes.

“Governor Obaseki must think the people of his state to be as foolhardy and ignorant as he, for even as he courts their votes, he continues to make a mockery of the institution of democracy in his own House of Assembly. If Governor Obaseki believes the people are not aware of this inherent irony, he will undoubtedly learn the cost of this grave miscalculation in the fullness of time.

“The rule of law and preservation of democracy is too important to sacrifice at the altar of any one man’s ambition. Governor Obaseki’s woeful leadership of Edo State will hopefully be brought to an end soon by the very people whose rights he has so carelessly trampled upon.”

The former Lagos Governor expressed the fear that the damage Obaseki is allegedly doing to the House of Assembly may not easily be repaired.