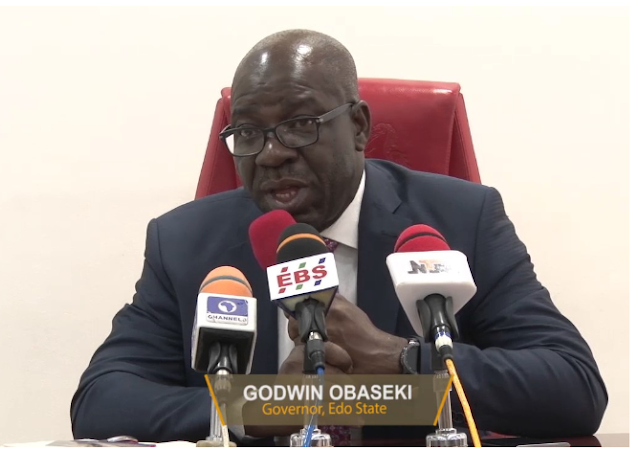 The Edo State Governor, Godwin Obaseki has described the upcoming September 19 governorship election as a special one.

Obaseki said the upcoming election would prove who is in charge of Edo State.

The governor said this yesterday after his convoy was attacked at ward 10, Apana, Etsako West Local Government Area of the state.

He alleged that thugs shot at his convoy in a bid to prevent him from campaigning in the area.

Ex-National Chairman of the All Progressives Congress, APC, Adams Oshiomhole hails from the ward.

However, Obaseki while addressing members of the Peoples Democratic Party, PDP, and his followers at Apana village square, claimed that Oshiomhole made several attempts to scuttle his re-election.

He, however, urged people of the state not to allow Oshiomhole to have his way, stressing that they should use their Permanent Voters’ Cards, PVCs, against the APC.

A statement by Obaseki’s spokesman, Crusoe Osagie, quoted the governor as saying: “As we were coming here (Village Square in Apana), you heard what happened. They went to hire thugs and began to shoot to prevent us from coming here. On September 19, 2020, use your permanent voter card (PVC) to ‘pepper them.’

“Ward 10 is a special ward, this election is special. It will show who is in charge of politics in Edo State. For all my eight years in government, you know what I did for Comrade Oshiomhole. He said it with his mouth. I supported him to be the governor. I raised funds for him. I worked for him and Edo State for eight years without receiving a dime.”