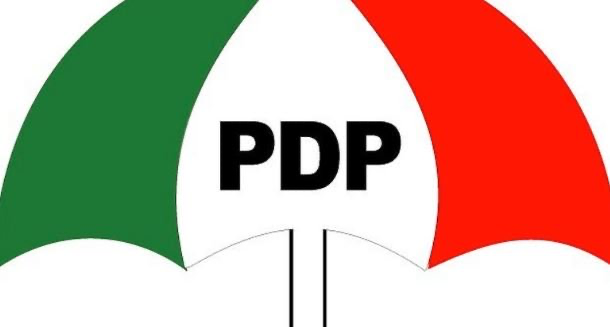 The People’s Democratic Party (PDP) on Thursday begged the Inspector-General of Police (IGP), Adamu Mohammed, to stop the invasion and alleged attempt to forcefully take over of the Edo State House of Assembly by security agencies.
The PDP National Publicity Secretary, Kola Ologbondiyan, gave the charge while speaking at a press briefing at the party’s national secretariat, Wadata Plaza, in Abuja.
Ologbondiyan accused the All Progressives Congress (APC) of acting illicitly to take power in the State ahead of the September 19 gubernatorial poll in Edo.
The opposition party spokesman noted that the alleged deployment of security operatives at the Edo Assembly is a coup against the democratic order in the State and a recipe for anarchy.
He said that the PDP is aware of an alleged plot by APC leaders to import a fake mace into the State, cause anarchy so as to precipitate the ‘imposition of a state of emergency in the State, seeing that they cannot win the forthcoming governorship election.
‘We urge the Inspector-General to act with dispatch to curb this nefarious situation, which has heightened tension in the State, and, if not halted, may result in a bloody clash as the citizens are already charged to defend their symbol of democracy from a forceful takeover.
‘The police hierarchy is urged to note that this provocative and lawless act is part of its plans to overheat the polity and create a security situation with the view to unleash violence on the people, derail the democratic order in the state and blame it on security agencies.
‘Our party has been informed that the plot is to use the illegal security operation to seize the processes of the House of Assembly and illegally inaugurate certain individuals whose seats have been lawfully declared vacant with plans to use them to pull down democratic structure in the State.
‘Our party therefore charges the IG to wade in and immediately withdraw the illegally deployed security officers and protect democracy and peace in Edo State.
‘Our nation cannot afford to have a breakdown of law and order in Edo State at this critical time as such is capable of having a spiral effect on other states in the Niger Delta region, which will further result in dire consequences to our nation,’ Ologbondiyan stated.