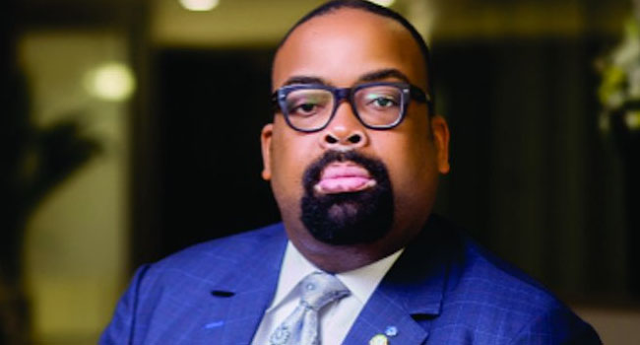 He was sworn-in by his predecessor, Dr Paul Usoro (SAN), at NBA’s Virtual Annual General Meeting.

Akpata, who was declared the winner of the NBA 2020 Presidential Election by the Electoral Committee of the NBA, on 31 July, will pilot the affairs of the association for the next two years.

In his inaugural address, Akpata thanked all his supporters and urged all NBA members to have faith in his administration which, he promised, would serve the interest of all.

“Anyone who keenly followed the process that culminated in today’s event will attest to the fact that my election victory was neither my making nor that of any mortal.

“It was divinely orchestrated by the Lord Almighty, the creator of the universe who oversees the affairs of men, and in whom we live and move and have our being.

“I return all praises to Him.

“The NBA under my administration shall take seriously our mandate of promoting and protecting the fundamental rights of the generality of citizens.”

Akpata added that his administration would enter into partnership with the judiciary and other stakeholders in the Nigerian criminal justice sector to undertake a holistic reform agenda of the criminal justice system.

“I welcome and accept, on behalf of the NBA, the recent call for collaboration in this regard by the honourable attorney-general of the federation.

“Lastly, under my administration, the NBA Law Reform Committee will be adequately resourced to play its role as a liaison between the NBA and the National Assembly to represent the bar at National Assembly public hearings to make meaningful input into our laws for the betterment of the society and our profession.

“I accept the invitation of the Senate president and the speaker of the House of Representatives to partner with the National Assembly to reform our laws through strategic amendments in order to bring the laws up to global standards.

“Just yesterday, the Senate Ad-hoc Committee on the Review of the 1999 Constitution announced the commencement of the process for the further alteration of the Constitution, and called professional bodies and interest groups to submit memoranda for that purpose.

“This forms part of our first assignment, and I assure you that we will not be found wanting,” he said.