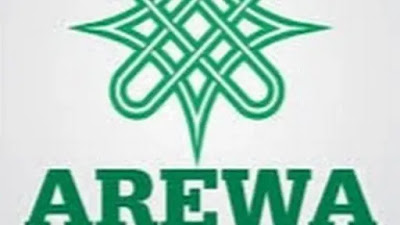 Northern group, Arewa Youths, have thrown their weight for the emergence of a Southern President in the 2023 general elections in the country.

The youths kicked against the view made by Mamman Daura, a nephew to President Muhammadu Buhari that the country should consider competence in electing her next President in 2023 instead of the normal way of resorting to zoning.

The President of the group, Alhaji Salisu Magaji, in a statement, said for peace, security and stability of the country, the emergence of the President from the Southern part of the country would help make the nation more stable in all spheres of life.


The group completely distanced itself from Mamman Daura’s belief that it is time for the nation to discard the zoning of the presidency and embrace credibility, merit and qualification.

The group opined, “Our view is that we support and encourage the zoning of the 2023 presidency to the South. They have a chance to bring a credible and competent candidate to run for 2023 presidency. Our position is that the North should support the South for the peace, stability and tranquility of the nation.”

The statement explained that it is in the interest of equity, fairness and justice, that the south should first produce a President again for the country before zoning is jettisoned.

The group noted that men and women with credentials that can provide capacity, credible leadership and with foresight abound in the South, stressing that they should be allowed to lead the country in 2023.

The group is of the belief that if the North is allowed to continue after President Buhari ends his second tenure, it would affect the cohesion as a nation and further destroy its fabric.

It added that its candid advice is that the north should step aside to allow a southerner to succeed Buhari, noting that it is a sacrifice Nigerians must encourage and partake.

The statement explained that by 2031 after the south has taken another shot, Nigerians can start talking of embracing credibility and competence irrespective of the geographical zones to determine who occupies the presidential seat.

The group added that at that point, it would be strictly on who has the quality and capacity to provide and sustain the growth and development of the nation and not where one comes from.