Nigerian claiming to be from Biafra arrested in India 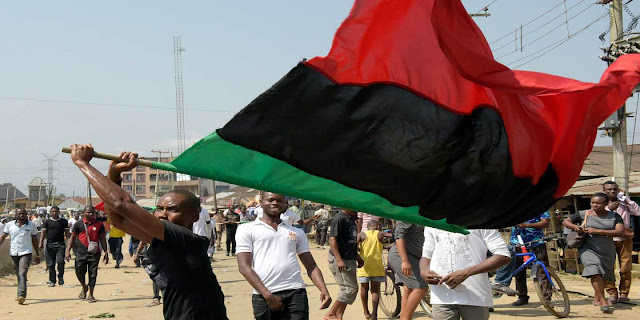 A Nigerian claiming Biafran nationality has been arrested in India.

He was arrested by police in Goa, in India’s southwestern coast, the same day another Nigerian in the city was arrested for drugs.

According to the Times Of India, police found no drug on the ‘Biafran’.

But since he had no valid documents, no Biafran passport, he was promptly arrested and detained in Mapusa.

In Nigeria, the Indigenous People of Biafra has been rallying some young Nigerians to excise the defunct Republic of Biafra from Nigeria.

A civil war was fought between 1967 and January 1970 to make Nigeria whole again.

The second Nigerian arrested was a suspected drug dealer.

He too had no valid paper to identify him.

The report said he was nabbed with 510g of Indian Hemp nd 8.2g of suspected cocaine, worth 1.3lakhs.

Although, he was believed to have been residing in Goa since last December, he has refused to tell the police, home address, the report said.