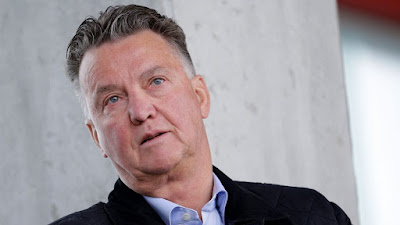 Louis van Gaal has revealed 10 transfer targets he wanted to bring to Manchester United during his time as manager, but he was unable to sign any of them.

The Dutchman replaced David Moyes in 2014 on a three-year deal.

And although he spent £150 million in his first transfer window alone, Van Gaal claims there were a number of big-name signings he missed out on.

“I wanted Robert Lewandowski, but when this proved difficult I tried to get Gonzalo Higuain instead.

“Before I had arrived, I also spoke with the board about Neymar. If you are at United, you have to think big. He was also interesting for the club in terms of selling shirts. I wanted to have quick wingers and also tried to get Sadio Mane and Riyad Mahrez.

“Thomas Muller was on my wish list, too, and in central midfield I wanted N’Golo Kante. I even tried to sign James Milner, who was already quite old but very multifunctional and possessed leadership skills.

“For the defence, I wanted Sergio Ramos and Mats Hummels, because ours wasn’t the strongest in building from the back,” Van Gaal told FourFourTwo.

United finished in the Champions League places during Van Gaal’s first season, but dropped out of the top four in the 2015/2016 campaign.