NBA president: Dropping el-Rufai as speaker has nothing to do with religion or ethnicity 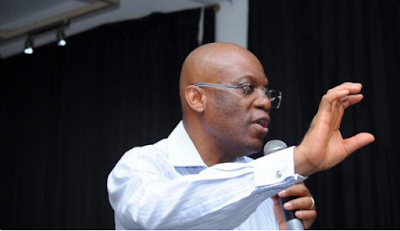 Paul Usoro, president of the Nigerian Bar Association (NBA), has apologised to Nasir el-Rufai,  governor of Kaduna, over the withdrawal of an invitation extended to him as a speaker in the forthcoming conference of the association.

The NBA withdrew its invitation to the governor following a petition by some lawyers under the aegis of Open Bar Initiative.

The group described the invitation as a “reward for misrule”, saying the governor represents the very antithesis of what they profess to defend.

In a letter dated August 21 and addressed to Asishana Okauru, director-general of Nigerian Governors Forum, Usoro said he takes full responsibility “for the unintended embarrassment and tender my regrets and apologies.”

Usoro explained that he is answerable to the association’s national executive committee (NEC) which approved the decision and he cannot overrule it even if he has a contrary view.

The NBA president said the decision of the association’s NEC had no religious or ethnic colouration.

“As I also explained to you, the statutory membership of NEC is made up of all Past Presidents and General Secretaries and 3 (three) members each from each of our 125 Branches. There are also about 120 co-opted members,” the senior advocate of Nigeria (SAN) said.

“NEC was deliberately made that large by the framers of the Association’s Constitution to accommodate all shades of opinion and thoughts.

“As I further mentioned to you during our teleconference, the invitation of Mallam Nasir El-Rufai was brought up by NEC members at yesterday’s meeting when the TCCP’s arrangements for the 2020 AGC was placed on the agenda for discussions and the preponderance of opinion was that His Excellency should be dis-invited.

“There was indeed a motion that was moved and seconded to that effect. Those who spoke in favor of his attendance, including me, were in the minority. I was personally placed in a very difficult and problematic position.”

Usoro said there was not thing he or the conference planning committee could do in the face of the NEC’s decision.

“Mallam Nasir El-Rufai is a friend that I have known as long ago as the early 1980s and we do have some other very close mutual friends. And yet, I am bound, as an elected President of the NBA, by decisions and directives of NEC to whom I am answerable in my official capacity,” he said.

“There truly was nothing that I or the TCCP could do in the face of NEC’s decision of yesterday.

“NEC merely made a judgment that it was not in the best interest of the Association to be engulfed in the controversy that trailed the invitation of Mallam el-Rufai for the Conference and that it was best if the safety-valve of dis-inviting the Governor was applied.

“NEC’s decision yesterday had no ethnic or religious coloration or connotation howsoever and whatsoever. In discussing the issue at NEC, nobody talked about religion or ethnicity.”

The NBA chapter in Jigawa has since kicked against the withdrawal of the invitation to the governor and has threatened to boycott the conference.