National Assembly may frustrate fresh $5.3b loan from China – Amaechi 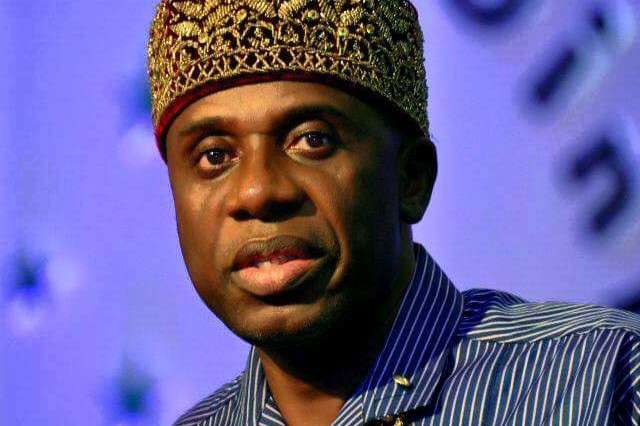 The Minister of Transportation, Rotimi Amaechi, has said that the National Assembly should allow the government to get a fresh $5.3 billion loan from China.

According to Amaechi, the legislative arm must stop asking questions concerning Nigeria’s loan agreement with China to enable the Asian giants grant the loan.

The Minister pointed out that questions from the legislatures would likely deter Chinese government from extending credit to the country, especially the fresh $5.3bn required for the Ibadan-Kano railway.

The former Rivers State Governor said this during an inspection tour of the Lagos-Ibadan standard gauge rail project in the company of the Minister of Information and Culture, Alhaji Lai Mohammed.

“They are not investigating corruption in construction. We want the National Assembly to allow us to get the loan for Ibadan to Kano, which is about $5.3bn,” Amaechi said.

“If you are telling the man who lent you money you don’t like the way he lent you, he won’t lend you any further.

“For this one (Lagos-Ibadan rail project), we have $1.6bn for which we are contributing about 200 to $300 million. But don’t forget, they have not finished paying, they can stop at any time.”

Recall that the green chamber had recently raised the alarm about the nature of the Chinese loans.

The lawmakers cried out that the agreements puts Nigeria’s sovereignty into question in the case of a re-payment default.