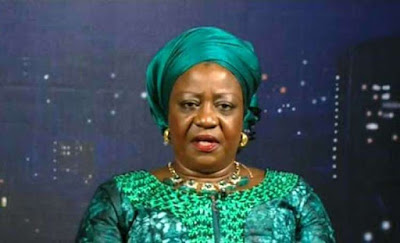 Onochie said the Economic and Financial Crimes Commission, EFCC, and the Independent Corrupt Practices and Other Related Offences Commission (ICPC) should probe Fani-Kayode’s tenure as Minister of Aviation.

She made the call while sharing a video of Rotimi Amaechi, Minister of Transportation alleging that Fani-Kayode stole N2billion meant for the construction of an airport runway in Port Harcourt, Rivers State.

She also said the former minister should be probed for having police protection in his recent outings.

In a tweet, the presidential aide wondered why Fani-Kayode who is facing money laundering charges would have police protection.

According to Onnochie: “I think the @officialEFCC and @ICPC_PE should look into these GRAVE ALLEGATIONS.

“How did the one who is being prosecuted for money laundering have the privilege of a @PoliceNG Bodyguard? On what grounds was

@RealFFK allocated the services of Nigerian Police Officers as bodyguards?”

Recall that Fani-Kayode has been in the news for the wrong reasons.

The former Minister had last week hurled insult on a reporter of Daily Trust Newspaper, Charles Eyo for asking him what he termed “insulting” question.

The incident occurred during a press conference in Calabar, the Cross River State capital.

Fani-Kayode, however, apologised for his actions.