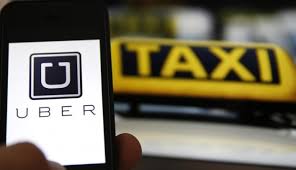 The Lagos State Ministry of Transportation has released regulatory documents for taxi operators and ride-hailing companies like Uber, Bolt, and several others. These regulations are set to be enforced from August 20, 2020.

In March 2020, it was reported that the Lagos State Government was planning to regulate the e-hailing sector. This was two months after its ban on commercial motorcycles (Okada) forced operators like MAX, Gokada, and ORide to cease operations.

In that report, we stated that Uber and Bolt drivers are expected to have a Lagos State Drivers’ Institute (LASDRI) card and a driver badge issued by the Department of Public Transport and Commuter Services of the Lagos State Ministry of Transportation.

Also, vehicles on ride-hailing platforms must possess a Hackney permit issued by the Lagos State Motor Vehicle Administration Agency and be fitted with a corresponding tag.

a. Service Entity: An app developer like Uber/Bolt that does not operate or own any vehicle, but connects car owners and commuters with their App.

b. Taxi and app operators: These are companies like Ekocab that operate their vehicles as well as the App. These companies might have their fleet, and also have third party car/fleet owners on their platform.

The Lagos State Government states that all taxicabs must undergo a thorough inspection according to the State’s Road Traffic Law and under a special Taxicab inspection protocol. A vehicle must meet the following conditions: