My father started raping me at 8 till I was 15… now I want to fight back, says teenager 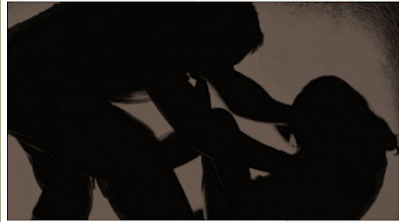 A young Nigerian girl has narrated how her father started raping her at eight till she was 15-year-old.

The teenager, who brought the revelation to light while speaking with BBC Pidgin, said the incident started one day when she was alone with her father at home.

She explained that her dad, aware of what was about to happen, had sent her twin brother on errand to a far place and then asked her to lock the door from behind.

“On that fateful day, my younger siblings went to school. My father then sent my twin brother to go and get fuel from a very far place,” she said.

“When he was leaving, my daddy asked me to follow him and that I should lock the door, close the curtains and bring the key to him. When I brought the key to him, he was inside the room and was putting on boxers while I was wearing a long gown.

“He asked me to sit down beside him and started asking me if I have a boyfriend or ever had sex. Afterwards, he asked me to lie down on the bed, then he stood up, climbed on top of me, brought out his penis and inserted it into my vagina.

“I started screaming because it was really painful. I felt like inside of me, something was about to break.”

She said that after the incident, he threatened to “flush her into the toilet” if she dares open up and also terminate her education.

“I could not speak up because he was always threatening me that if I talk, he would flush me into the toilet and no one would ever hear about me again,” she said.

“He added that if I don’t give him sex, I will not go to school. At first, I felt like I was caged, ashamed of myself. I felt heartbroken, there was just this pain inside of me like a hole that needed to be filled. I always asked God why he gave me such parents.”

The young girl would later report the incident to the police with the help of her neighbours but consequently faced another challenge of proving herself after her father denied the allegations.

She said her inability to present an evidence before the police caused her more nightmares, with some of the officers hinting she could be the one “seducing her father”.

“The policewoman asked me to write a statement, which I did. She asked me if I had any witness or evidence and I replied yes that I have a diary and friends. They started insulting me and even said I could be the one seducing my father,” she said.

“I was crying and angrily left the police station. When he denied that he did not rape, maltreat or molest me, I felt like the ground should open and swallow me that day. I felt like it was all a dream and that I should wake up.”

She added that her diary, where she documented detailed accounts of her experiences, turned out out to be her only proof.

“I always have this diary that where I use to write and express my feelings whenever my father rapes me. I usually write down the date, time and how it happened like a story and then sign to close each series. My whole world was relying on me because no one believed me, nobody wants to speak for me, they were just insulting me,” she said.

The teenager called on those undergoing similar experience to speak up despite the odds.

She said her dream is to become a lawyer in the future so she could fight and get justice for rape victims in the society.

The little girl’s recount comes at a time when there are growing concerns over cases of rape in the country with vivid accounts by alleged victims of sexual assault dominating social media platforms.

In June, another teenager had narrated how she was raped by her uncle who was a Boko Haram member.

Vera Omozuwa, a student of the University of Benin (UNIBEN), had died from injuries sustained after she was attacked and raped.

Barakat Bello, an 18-year-old girl, was also raped and murdered at her father’s home in Ibadan, Oyo state.