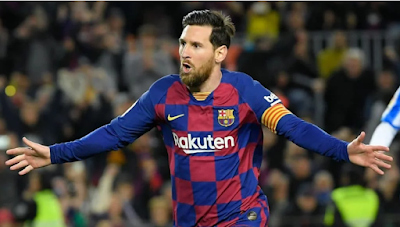 Barcelona captain, Lionel Messi, has been named as the richest player in world football ahead of rival Cristiano Ronaldo by France Football.

The two were also the only footballers to surpass the £100m mark.

The figures are made up of wages, bonuses, endorsements, commercial revenue and other streams.

Manchester City’s Raheem Sterling was the only Premier League player and Englishman to make the list, raking in £30.96m.

Andres Iniesta who now plays for Japanese side Vissel Kobe earned £31.14m in 2019.