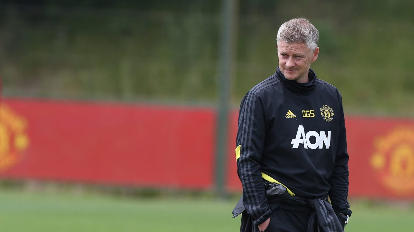 Manchester United have confirmed that their manager, Ole Gunnar Solskjaer, will be without three players when they face Sevilla in the Europa League last-4 fixture at RheinEnergieStadion in Germany on Sunday night due to injury.

The players are Luke Shaw, Phil Jones and Axel Tuanzebe.

Man United head to the game after knocking out Copenhagen from the Europa League last-8 a few days ago, while Sevilla eliminated Wolves from the competition.

The winner between Man United and Sevilla will tackle either Shakhtar Donetsk or Inter Milan, who square off on Monday, in the Europa League final.

“Luke Shaw, Phil Jones and Axel Tuanzebe remain on the sidelines for the Reds, with all three defenders staying at home while the rest of the squad is out in Germany,” a statement on Man Utd’s official website read.

Meanwhile, providing an update on the trio, Solskjaer said at his pre-match press conference: “We are fine. Obviously the ones we have left home are still there.”

The kick-off time for the match is 8 pm.