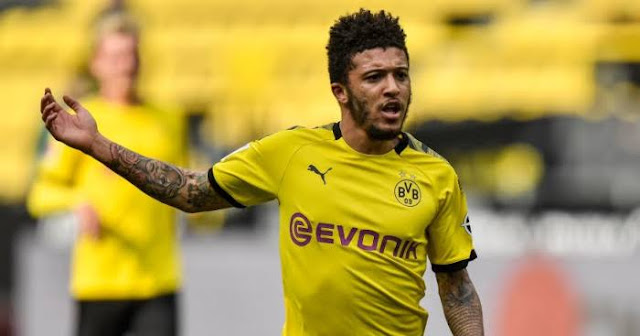 Borussia Dortmund winger, Jadon Sancho, was with the rest of the squad as they flew to Switzerland on Monday morning.

The Manchester United target reported to duty, as the Bundesliga side travelled to their pre-season training camp.

Dortmund chiefs had made it clear that if Sancho travelled with the team, then he would not be leaving the club in the current transfer window.

United bosses have always regarded the deadline as a bluff by their German counterparts to get a deal done quickly.

However, Sancho, 20, Ole Gunnar Solskjaer’s number one target this summer is keen to move to Old Trafford.

But so far United have refused to meet his £105million asking price.

Dortmund wants at least £100million for Sancho, but United are only willing to pay £80million.