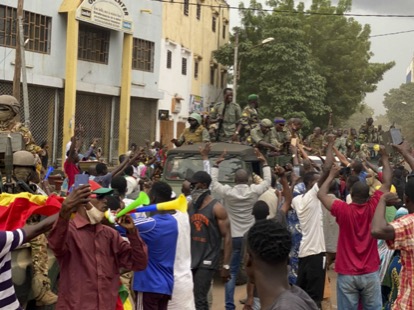 Malian soldiers who carried out the coup that led to the resignation of President Ibrahim Boubacar Keita have explained their action.

Keita resigned and dissolved parliament as soldiers detained him at gunpoint.

On Wednesday, they said Keita’s removal was to save Mali from further crises.

They announced plan to form a civilian transitional government that will organize fresh elections.

In a broadcast, Col. Ismael Wague, spokesman for the mutineers, called them the “National Committee for the Salvation of the People”.

Wague invited Mali’s civil society and political movements to join them to create conditions for a political transition that would lead to elections.

“Our country is sinking into chaos, anarchy and insecurity mostly due to the fault of the people, who are in charge of its destiny,’’ Rueters quoted him as saying.