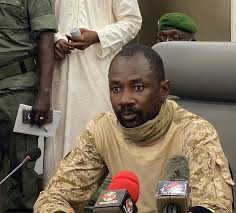 The military junta in Mali has agreed with the Economic Community of West African States (ECOWAS) on the proposed transition programme.

ECOWAS had on Friday given the military 12 months to return the country to civilian rule.

This was after the military junta had insisted on a three-year programme.

The military junta has now settled for the formation of a civilian transitional government in the next twelve months.

This was contained in a declaration made available to reporters after a video conference meeting among the Heads of State, the ECOWAS Mediator, former Nigerian President, Goodluck Jonathan, and the CNSP leadership.

The report of the mission by the ECOWAS Mediator, which took place earlier in the month to assess the recent developments in Mali was considered in reaching the decision.

The military was mandated to, without further delay, begin the process for a civilian transition in consultation with the Constitutional Court as well as all relevant parties and stakeholders.

ECOWAS called on the military junta to take into account the following considerations:

Appointment of a Transition President.

And the appointee must be a civilian and known for his/her professional qualities as well as intellectual and moral probity and shall be responsible for leading the transition.

Whoever is appointed as the Transition President must not stand as a candidate in the next presidential election.

The summit also took note of the decision of President Ibrahim Boubacar Keita to resign as stated by the Mediator.