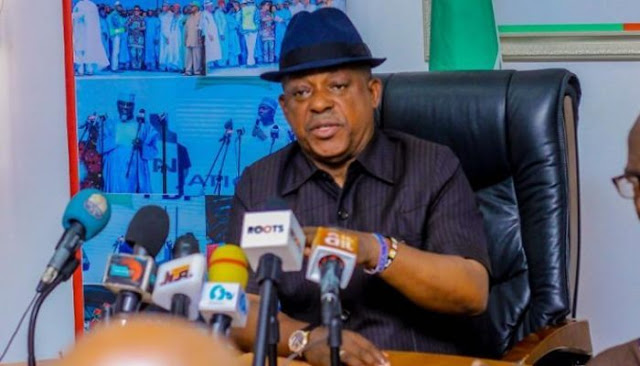 Uche Secondus, national chairman of the Peoples Democratic Party (PDP), has called on President Muhammadu Buhari to ensure transparency in the forthcoming governorship elections in Edo and Ondo states.

Addressing the newly elected state executives of the party in Ogun state at the PDP secretariat in Abuja on Thursday, Secondus said the president ought to learn from his recent visit to Mali where he went on a peacekeeping mission following flawed elections.

There is currently an uprising against President Ibrahim Boubacar Keita of Mali, who has spent two out of the five years of his second term in office.

A resistance group, M5, is insisting that the constitutional court must be dissolved, and has also called for the resignation of the president before peace can return to the country.

The crisis had erupted after the court nullified results of 31 parliamentary seats in the polls held recently, awarding victory to some other contenders, which the resistance group said was at the instigation of Keita.

Secondus said anything short of free, fair polls would result in anarchy.

“INEC must conduct elections, military must face their professional responsibilities and avoid getting involved in election matters,” he said.

“One clear way of achieving peace in this country is to conduct free and fair elections where the people freely choose their leaders.”

The governorship poll in Edo state has been fixed for September 19, while that of Ondo will hold on October 10, 2020.