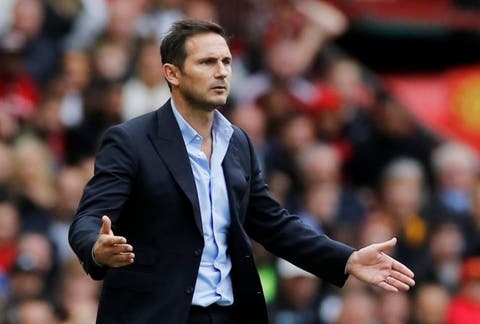 Chelsea midfielder N’Golo Kante has been ruled fit for their Champions League Round of 16-second leg at Bayern Munich on Saturday as the Blues struggle with injuries.

Coach Frank Lampard is already without Cesar Azpilicueta, Christian Pulisic and Pedro who all picked up injuries during Chelsea’s 2-1 defeat by Arsenal in the FA Cup final. Willian is also out.

Lampard told reporters that American Pulisic’s injury — a hamstring strain — could rule him out for six weeks while Azpilicueta would be sidelined for three.

But he will have fit again Ruben Loftus-Cheek ready to start.

Chelsea lost 3-0 in London in the first leg and with the string of injuries at the end of their domestic season decimating his squad, Lampard said his players would need to be careful.

“I wouldn’t say all guns blazing or keep it tight,” he said about his tactics. “We want to get our game right as a whole.”

“When you play a team as good as they are, you have to play very well and we didn’t play well enough (in the first leg).”

Bayern are in the hunt for a treble of titles after winning the domestic league and Cup double.

Lampard will be drawing on his own playing experience in Munich, when they came from a goal down in 2012 to win a penalty shootout against Bayern and lift the trophy, to motivate his players.

“If I try to use all the short stories from my career to the players they would get very bored, but I want them to feel and show they can turn this game around. Then they can attempt to do something special,” he said.