Kai Havertz has played his last game for Bayer Leverkusen 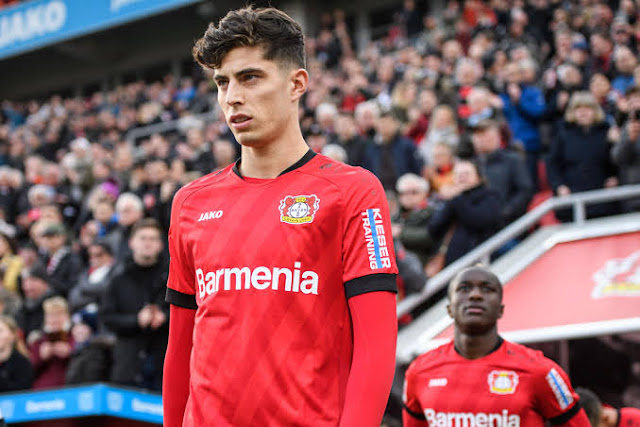 Kai Havertz is all set to sign for Chelsea, after Bayer Leverkusen manager, Peter Bosz, confirmed the player has had his final training session at the club.

The 21-year-old missed pre-season tests with the German club over the weekend.

Bosz has now admitted he is not counting on Havertz and Kevin Volland for the 2020/2021 campaign.

“Unfortunately, our squad has not yet been determined.

“I don’t expect Kevin Volland and Kai Havertz to train with us again.

“It is possible that other players will also change. We definitely need to bring in players,” Bosz told reporters on Monday.

Havertz is keen on a move to Chelsea and will imminently seal £90 million move to Stamford Bridge.