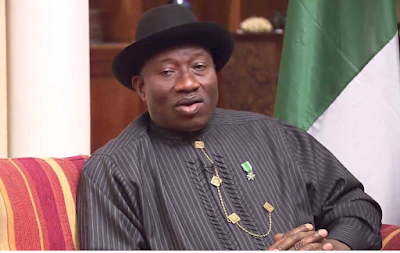 Former President Goodluck Jonathan will lead a peace delegation to Mali to negotiate the immediate release of Ibrahim Keita, the ousted president, and the restoration of constitutional government.

The delegation was set up by the Economic Community of West African State (ECOWAS) following the political crisis rocking Mali and Keita’s resignation.

Jonathan is due to arrive Bamako, the capital city, on Saturday alongside 14 other leaders in the region to meet with the junta leaders.

A coup by mutinying soldiers, on Tuesday, led to Keita’s resignation hours after he was arrested alongside other high-ranking officials.

The coup leaders, who identified themselves as the National Committee for the Salvation of the People, later declared their intention to form a civilian transitional government and promised “a reasonable timeline” for holding new elections.

Jonathan, who is ECOWAS special envoy to Mali, had visited Mali to mediate on the crisis in July.

Another ECOWAS delegation, including Buhari, also visited the country for discussions on restoring peace in the country, but the talks did not yield results.

Reacting to the request for a meeting with the leaders, a junta official was quoted as saying: “We will receive the ECOWAS delegation with pleasure… it is important to talk to our brothers”.

On Friday, a team from the UN Multidimensional Integrated Stabilisation Mission in Mali (MINUSMA), visited Keita and other detained government officials.

Keita is said to be held at a location outside Bamako alongside Boubou Cissé, former prime minister.

The 75-year-old ousted leader, who “looked tired but relaxed” reportedly has no access to TV, radio or phone.

The other detainees are reportedly being held at a training centre, where they are sleeping on mattresses and watching television, according to witnesses.