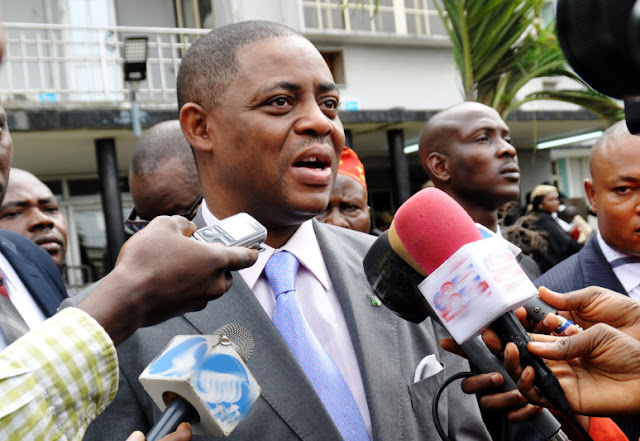 Femi Fani-Kayode, a former Minister of Aviation has called for an investigation into allegations against the Muslim Rights Concern (MURIC)

The Islamic group was accused of receiving money from Islamic State for West Africa Province (ISWAP).

However, MURIC’s Director, Prof. Ishaq Akintola, denied receiving any money from any terrorist group in or outside Nigeria.

Akintola described the allegation as illogical, and a wicked concoction.

Reacting, Fani-Kayode on his Twitter page urged the federal government to investigate the allegation against MURIC.

According to him, federal government should declare MURIC a terrorist organisation if the allegation is true.

His tweet read: “The allegation by a fmr. Head of Intelligence of Mali that the Ishaq Akintola-led MURIC is funded by ISWA is grave.

“I call on the federal government to investigate this matter &, if proved to be true, declare MURIC a terrorist org., ban it, prosecute its leaders &, if found guilty, hang them.”