Insolvency Rating: Allow us control our resources and get taxes from Oil companies – Bayelsa govt 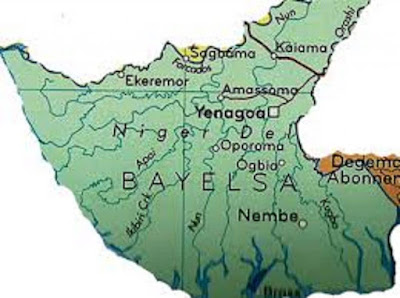 The Bayelsa Government has disagreed with the report released by the Revenue Mobilisation Allocation and Fiscal Commission (RMAFC) on the low level of Internally Generated Revenue (IGR).

Recall that RMAFC stated that some state governments were insolvent after their IGR collections were declared “extremely poor” with Bayelsa state inclusive.

But the state government in swift response had demanded that the Federal Government allow them control their resources and collect taxes from oil exploration companies operating in the State.

The Revenue Mobilization Allocation and Fiscal Commission (RMAFC) through its Chairman, Mr Elias Mbam, had on Monday raised concerns that the Federation Account was currently overstressed by the unending demands of the three tiers of government of Bayelsa, Katsina, Taraba, Borno and Kebbi States, urging the states to evolve creative ways of fattening their IGR to lessen the strain on the federal purse.

The Bayelsa State Government, through the technical adviser on treasury and revenue generation, Hon. Timipre Seipulo, during the third edition of transparency briefing with newsmen on Tuesday in Yenagoa, demanded control of its oil and gas resources, maintaining that if it was in control, the state would not be bankrupt.

According to Timipre Seipulo, ”assuming the federating nature was not the way it works, probably the state’s internally generated revenue should have included revenue from oil and gas because oil and gas are our own natural resources”.

Earlier, the permanent secretary of information Freston Akpor pointed out that the transparency briefing was a requirement by law to avail members of the public of the state’s finances, “Government is duty bound by law to do this and it has become a ritual initiated by the former administration which this administration is continuing with”.