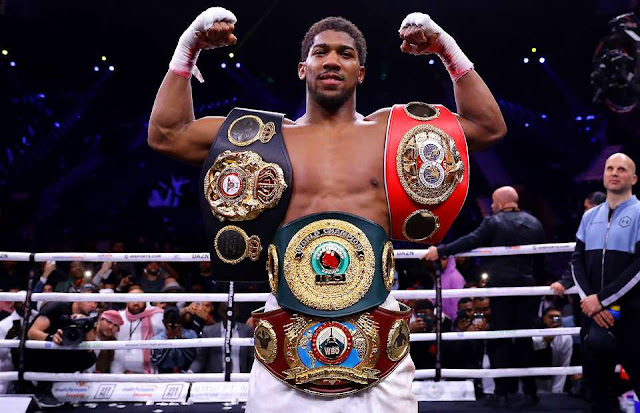 Anthony Joshua has warned Tyson Fury that he will “break his head”, ahead of their prospective heavyweight Battle of Britain.

The two boxing rivals have already agreed on terms on a two-fight deal.

The bout has one less hurdle to overcome after Dillian Whyte was removed as the mandatory challenger to Fury’s WBC belt, following his knockout defeat by Alexander Povetkin.

However, both Fury and Joshua must first deal with Deontay Wilder and Kubrat Pulev respectively, before facing each other.

Fury took to social media to taunt Joshua this week and he has reacted to the remarks.

“I have a lot of respect for the man, he’s a good family man and a good fighter, but on the other hand, I want to break his head,” Joshua said while appearing on Sky One’s A League of Their Own.

“First six rounds, I think, well I know I’m going to take him out then.”