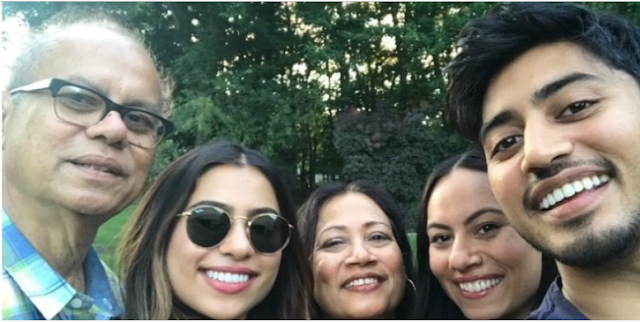 Ruby Saleh, the 41-year-old sister of the late Gokada Founder and Chief Executive Officer, Fahim Saleh, has vowed to get justice for her 33-year-old brother who was murdered mid-July.

Recall that NigerianEye had earlier reported that the body of the tech entrepreneur was dismembered inside his luxury Manhattan condo where an electric saw was found.

Fahim’s former personal assistant, Tyrese Haspil, has since been arrested by the New York City Police Department in connection to the crime and he has been arraigned.

In an emotional video on Friday, Ruby said, “My family and I will do everything to keep Fahim’s memory alive and to keep his visions going.

“We will also dedicate ourselves to ensure Fahim gets justice. My brother’s death is a crime of the cruelest and heinous nature.

“Whether you know Fahim or not, we may reach out to you for help in achieving our goals and we hope that you will be just as kind as Fahim was.

“If you are someone’s sister, the next time you see your brother, please hug him as tightly as you can, for as long as you want because that’s all I want to do every time I see those photos. But I will never be able to hug Fahim again.”

In another tribute titled, ‘Mourning my baby brother, Fahim’ posted on Medium, the deceased’s sister said she ensured all the body parts of his late brother were properly fitted in the casket before he was buried on Sunday, July 19, 2020, in the Hudson Valley.

She narrated, “Fahim was born in 1986. He was a precocious, curious, active, and happy child. His love of technology began early. Any time he received a toy, he would take it apart to see how it was built.

“Fahim’s passion was technology and his brilliance was his endless creativity and curiosity. When he discovered the Internet, he finally had a way to channel his God-given gifts. He was 12 when he built his first website, “The Saleh Family”.

“Fahim quickly discovered that he could make money on the Internet by creating websites. He monetised his first website in 1999, when he was 13 years old. The site was called Monkeydoo: jokes, pranks, fake poop, fart spray and more for teenagers. Our father worried when the first $500 check arrived in the mail from Google, addressed to Fahim Saleh. How is this boy making $500? That is so much money, he would later tell me he had thought.

“Our father’s relationship with my brother was very special. They were so different: Our father worried too much, while Fahim never worried. Fahim was the only one who could placate him. He showed our father the website and explained the programming languages he had used to build it. Because our father was a programmer himself, books about computer programming filled the shelves of our house. Fahim had used those books to teach himself. “Teenagers are visiting the site, Dad and I’m monetising their visits with ads from Google,” he said.”

Ruby added, “When Fahim graduated in 2009, the job market was in distress. He turned down a $50,000-a-year IT job, opting instead to spend months in my parents’ basement building his next product. PrankDial was born of one of my brother’s biggest hobbies.

“Fahim’s brain was a bottomless magic hat of ideas big and small, wacky and serious, local and global. You never knew what he was going to pull out next, but he got to work on every idea immediately. He couldn’t let one sit; he was too excited to usher the vision in his head into the world for the rest of us to enjoy.

“Fahim had zero interest in being a rich entrepreneur who only hung out with other rich entrepreneurs. His heart was most open to those in need. “These drivers depend on me,” he would say when talking about Gokada, the motorbike-hailing app he developed in Nigeria.

“I had to arrange my beautiful boy’s funeral. Three days prior, the funeral home called to report that it would not be possible to sew his limbs and head back onto his torso before burial. Upon receiving that news, I closed my eyes and crossed my arms over my chest like a Pharaoh, squeezing my phone against my body.

“My hands formed fists that I pushed into my heart with all my strength to contain my pain. Then I pleaded with the man to make sure all of my sweet brother’s body parts were in their proper places in the casket. The day before the funeral, the man called me again. “It wasn’t easy, but we were able to put him back together,” he said.