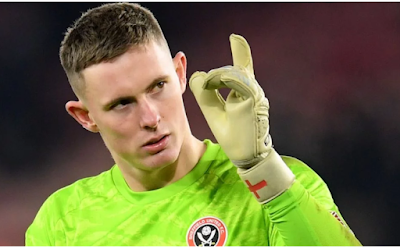 Dean Henderson has signed a new five-year with Manchester United until June 2025.

The goalkeeper, who spent last campaign on loan at Sheffield United, will compete with David de Gea for the No.1 spot at the club next season.

“Manchester United is delighted to announce that Dean Henderson has signed a new contract, which will keep him at the club until June 2025, with the option to extend for a further year,” the club said in an official statement.

Henderson himself added: “The goalkeeping department at United is excellent; there are three top-level goalkeepers who have achieved so much in the game and I look forward to working with the group.


“The faith that the Manager and the club have shown in me with this contract means a lot to me and will continue my progression as a goalkeeper.”