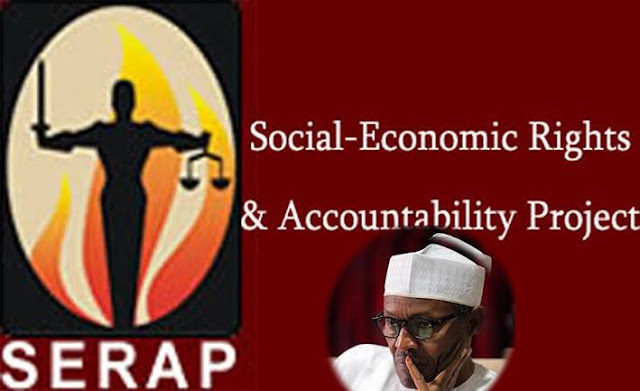 Socio-Economic Rights and Accountability Project, (SERAP) on Sunday said it has asked President Muhammadu Buhari to, without further delay, instruct the Minister of Information and Culture, Alhaji Lai Mohammed, to withdraw what it described as the “illegal codes and memo threatening to sanction any broadcast that denigrates, disrespects, insults, and abuse president, governors, lawmakers, elders and leaders in authority.”

The Minister disclosed this at the unveiling ceremony of the reviewed Nigeria Broadcasting Code organized by the National Broadcasting Commission (NBC) in Lagos.

The reviewed code, as reported, contained the Antitrust provision aimed at boosting local content and encouraging the growth of the local industry, among other provisions.

SERAP said that its letter submitted to the Presidency on Saturday, demanded that President Buhari “instructs Mohammed and NBC to immediately rescind the fine of N5m imposed on Nigeria Info 99.3 FM radio station, following reported comments by a former Deputy Governor of the CBN , Obadiah Malafia, during an interview.”

“In the letter sent yesterday, we asked President Buhari to instruct Mr Mohammed and NBC to immediately rescind the fine of N5m imposed on Nigeria Info 99.3 FM radio station, following reported comments by a former Deputy Governor of the CBN , Obadiah Malafia, during an interview

The letter read, “Rather than pushing to enforce a culture to respect president, govs, lawmakers, elders, leaders, Mr Muhammed & NBC should use their entrusted public office & mandates to promote a culture of public debate, access to information, transparency and accountability.

“Nothing can be more destructive to people’s exercise of basic human rights, and to democratic politics than the suppression of the media, and media freedom. The alleged “cultural codes” are patently contrary to the public interests.

“We would be grateful if the requested action and measures are taken within 7 days of the receipt and/or publication of this letter. If we have not heard from you on the requests by then, SERAP shall take all appropriate legal actions to compel you in the public interest.”