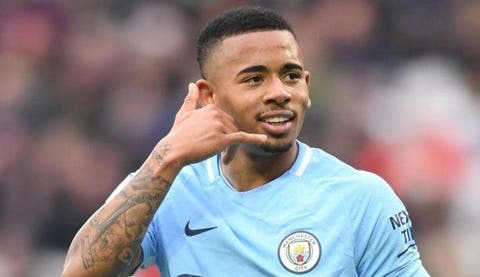 Manchester City striker Gabriel Jesus says he can imagine his hands round the Champions League trophy and he and his team-mates are stronger for previous disappointments in the competition coveted by their Abu Dhabi owners above all others.

The 23-year-old Brazilian had a standout performance in Friday’s 2-1 win over 13-time European champions Real Madrid that earned a place in the quarter-finals.

Guardiola — who has not lifted the Champions League since his second success with Barcelona in 2011 — and the squad fly to Portugal later on Monday.

“We have to dream,” Jesus told British media. “I’m a dreamer and can picture myself with the trophy on my hands.

“But I know the reality is different, we have to work, to show our dedication. To win is the most important thing.”

Jesus — who scored in both legs and set up Raheem Sterling for their first goal in Friday’s last 16 second leg — said the players had turned disappointments in Europe’s premier club competition into a positive.

Under Guardiola they have exited in the quarter-finals the past two years to English rivals Liverpool and Tottenham Hotspur and prior to that Monaco eliminated them in the last 16.

“As a group, we have matured from being knocked out of the previous Champions League editions,” said Jesus.

Sterling said Jesus is definitely not playing second fiddle to Aguero — indeed the Brazilian’s goal on Friday drew him level on 23 for the season with the Argentinian veteran.

“He (Jesus) is not a sub, we’ve got two great strikers at this club,” said Sterling.

“Both strikers score goals and when you play with either one of them you know what you expect from each of them.

Sterling’s goal was his 100th for City and made him only the sixth English player to score 20 goals in the Champions League.

“It’s a good achievement but now I want some more in the next couple of games, to keep progressing,” he said.

“But the most important thing is my goals count for something and hopefully at the end of the competition they can do.”

The 25-year-old England international said City had to “run their socks off” if they are to beat Lyon — who ousted Juventus on Friday — and reach the semi-finals.

“They (Lyon) are a great team and it’s going to be a difficult one,” said Sterling.

“But I keep saying the same thing -– there are teams in his competition with great quality.

“We have to keep up the energy and play our football.”