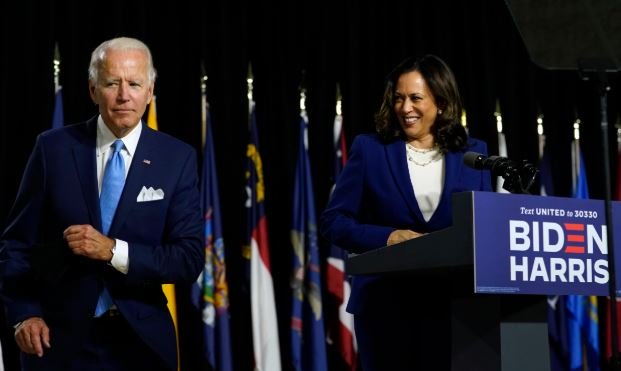 ‘Zombie’, a song by Fela Kuti, late Afrobeat legend, was used as a prelude at the first campaign of Joe Biden, US presidential candidate, and Kamala Harris, his running mate.

The track, which was from Fela’s 1977 studio album, set the tone for the much-awaited event on Wednesday at Delaware, a small mid-atlantic US state.

Biden, a presidential candidate of the Democratic Party, had on Tuesday named Harris, a senator from California, as his running mate.

The nomination of the first-term senator, who earlier sought the Democratic Party’s presidential ticket, had come after her own White House campaign ended.

She is the first black woman to compete on a major party’s presidential ticket in US history.

Biden had taken to his social media page to inform his supporters of his first joint appearance with Harris after her nomination.

“This afternoon, @KamalaHarris and I will be speaking together for the first time since yesterday’s big announcement. Tune in,” the presidential candidate had written on Twitter.

This afternoon, @KamalaHarris and I will be speaking together for the first time since yesterday’s big announcement. Tune in: https://t.co/xoRbSqGta8

Biden and Harris will be seeking to dislodge Donald Trump, the incumbent president and Republican candidate, who is also vying for second term, at the forthcoming election billed for November 3, 2020.

In the album, Fela criticised the military government that held sway then, condemning its handling of civilians — a concept he described using the metaphor zombie.

The project had stirred heated controversies, with the government at that time launching an attack against the Kalakuta Republic — a commune established by the legendary singer.

Several soldiers were said to have burnt the edifice and wounded Fela in the process.