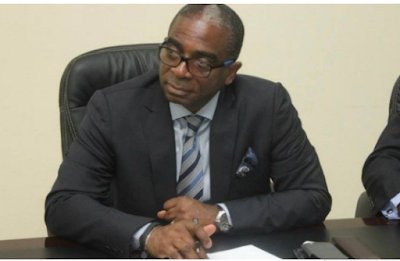 Segun Awolowo, grandchild of Obafemi Awolowo, former premier of western Nigeria, says the fear of COVID-19 is a killer.

Awolowo said his COVID-19 ordeal began one Saturday morning when he could not go for his usual walk because of “extreme fatigue”.

According to him, the fatigue was “something I had never experienced before in my life”.

The executive director of the Nigerian Export Promotion Council (NEPC) said when he eventually went to see his doctor, he and his wife were diagnosed of COVID-19.

“Finally, we decided that I simply had to go to the hospital as I wasn’t getting any better. My wife was apprehensive because my hospital is First Cardiology Consultants, and they have not been too popular in the media recently, as the media has chosen to highlight the unfortunate losses of several high profile personalities while failing to document that they have an 82 percent survival rate which is higher than most hospitals in the United Kingdom,” he said while sharing his experience on Facebook.

“However, I insisted on going there, as both Dr Adeyemi Johnson and Dr Kofo Ogunyakin have my medical history and my greatest confidence. Then the shocker! We both tested positive for COVID-19, my wife was asymptomatic while I was already ill. The doctor looked worried as he gave us both diagnoses.

“Looking at the doctor’s somehow downcast and gloomy mien coupled with my brother Sola Braithwaite’s demeanour who had insisted on accompanying us to the hospital was the moment the fear came down on me! I strongly believe the fear of this coronavirus is the real killer.

“Doctor sent us off to perform a CT scan, to ascertain the extent of the damage. The ride to the lab was the longest, my wife drove and I was collapsed in the passenger seat, we were both worried sick about ourselves and our children and domestic staff who had by now reported to the hospital to get tested.

“Thankfully they all tested Negative). I tried to lighten the mood with some dry jokes but these, of course, didn’t work.”

Awolowo said after getting their laboratory results, the doctors expressed some satisfaction and prescribed Colchicine, Azithromicine, Vitamins C, D and Rivaroxaban for them.

The lawyer said he and his wife subsequently isolated themselves in a part of their home.

“We received numerous advice from friends and family to experiment with all sorts of herbal remedies (Our Nigerian way). We however succumbed to the inhalation of the traditional Dogon Yaro leaves (the bark, leaves of the Neem Tree) but also stayed the course of the recommended treatment by the doctors and by the 5th day I was feeling much stronger,” he said.

“At the end of the week, I got the all-clear and my wife took a little longer to get better, so we switched roles and I had to take care of her. (remember it’s for better for worse). After another week we went back to the hospital and we both got the all-clear check.”

Awolowo said he does not know how he contracted the disease but that he was exposed to numerous meetings after the total lockdown was lifted.

While 38,945 patients have recovered, 1,002 people have died, according to data provided by the Nigeria Centre for Disease Control (NCDC).