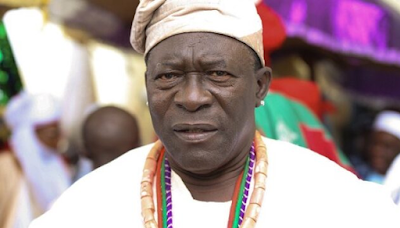 Prince Ocholi Idakwo, son of the Attah of Igala, Idakwo Michael Ameh Oboni, has confirmed the death of his father.

Idakwo confirmed the death of his father while addressing the press at the Attah of Igala’s Palace, on Saturday and was contained in a statement issued by his spokesperson, Dr. Gabriel Ottah.

According to Prince Ocholi: “Attah joined the ancestors on the 27th of August 2020.”

The Prince thanked the people for their support and prayers.

He described his deceased father as a “man of action and one who was passionate about upholding the rich culture of Igala.”

Recall that NigerianEye had a few days announced the demise of the monarch after a brief illness.