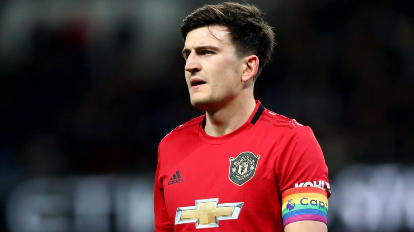 Manchester United head captain, Harry Maguire, has blamed himself and his teammate for missing numerous chances against Sevilla following their exit from the Europa League.

Sevilla qualified for the Europa League final after beating Man United 2-1 in the semi-final on Sunday night in Germany.

Bruno Fernandes opened scoring through a penalty in the first half for Ole Gunnar Solskjaer’s side, but Suso levelled for Sevilla before Luuk de Jong scored a late second-half goal to give the La Liga side the victory over the Premier League giants.

But Maguire believes Man United were punished for not converting their chances against Sevilla, adding that Julen Lopetegui’s men were not the best team on the night.

“We created numerous chances. The best team lost. They punished us for missing chances. They did not make many chances, to be honest.

“We conceded from two crosses which is not good enough.

“We worked our socks off and deserved to win and get through. We fell short in a semi-final for the third time this year.

“We have a good group of lads. Losing is not acceptable. Getting to the semi-finals isn’t acceptable. We have to take it to the next step.

“Improvement made this year is massive. We played a good Sevilla team – another day we win it. Losing is not acceptable for this club.”