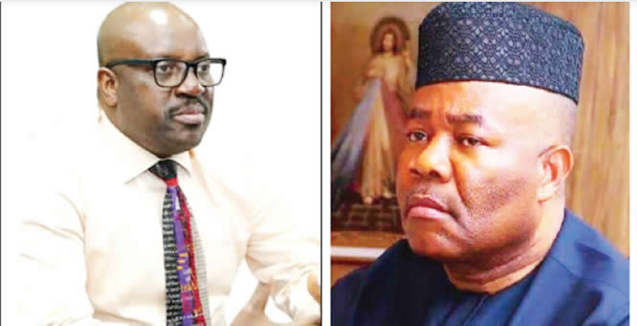 The Economic and Financial Crimes Commission says it has launched an investigation into the Minister of Niger Delta Affairs, Godswill Akpabio; and the acting Managing Director of the Niger Delta Development Commission, Prof Kemebradikumo Pondei.

The EFCC said this in an invitation letter addressed to a group, Foundation for True Freedom and Good Governance, led by activist, Deji Adeyanju.

In the letter, the EFCC revealed that it was indeed probing the NDDC and called on Adeyanju to come to clarify some of the allegations.

The letter read in part, “We write to acknowledge the receipt of your petition dated August 3, 2020 in respect of the above subject and to inform you that investigation into the case has commenced.

“In view of the above, you are kindly requested to attend an interview with the undersigned through the O/C team six on Thursday, August 20, 2020 at EFCC headquarters third floor.”

The leadership of the NDDC is currently being probed by the National Assembly for allegedly mismanaging N80bn.

The NDDC management also admitted to releasing billions of naira in allowances to its top officials during the lockdown occasioned by the COVID-19 pandemic.

The Spokesman for the EFCC, Dele Oyewale, could not be reached for comment on Wednesday as his telephone was switched off.