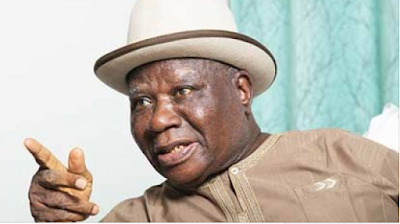 Elder statesman, Chief Edwin Clark, has urged the Federal Government to tread with caution when dealing with issues concerning the Niger Delta region.

He warned the government against going ahead with the rumoured plan to scrap the Presidential Amnesty Programme, saying doing so would truncate the fragile peace in the oil-producing region.

Clark gave the warning at a virtual press conference on Monday, even as he recalled that barely 11 days ago, he cautioned Vice-President Yemi Osinbajo to tread cautiously on the Niger Delta Affairs.

He said, “I have cause to, again, advise or warn the Federal Government to desist from anything that will truncate the fragile peace that we have in the Niger Delta region.

“I say this because, just yesterday (Sunday), rumours were rife that the four-man investigative panel headed by A. A. Lawal, set up by the Federal Government through the Office of the National Security Adviser, Maj. Gen. Babagana Monguno (retd.), to look into the activities of the Presidential Amnesty Programme, had recommended the scrapping of the programme by December this year.

“If this is true, it will be an epic example of what we say in local parlance ‘trouble dey sleep, yanga go wake am’. This is not a threat; it is stating the obvious of what will actually happen.”

The former Federal Commissioner for Information and leader of the Ijaw explained that he was distraught when he received the news about the proposal.

He wondered why a region, which had contributed so much to economic growth, and by extension, political and social development of the country should be treated with so much disdain.

“Our living condition in the region has worsened. The PAP should be allowed to continue for some more time. I wish to advise the Federal Government to tread cautiously, except they have prepared another Operation Crocodile Smile. Wake not a sleeping lion. This is not a threat; it is a clarion call for peace,” he stated.