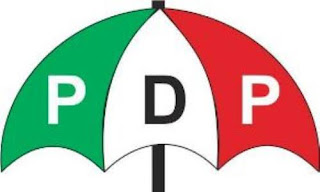 Governors on the platform of the Peoples Democratic Party have said they won’t tolerate rigging in the Edo and Ondo states’ governorship elections holding on September 19 and October 10,2020 respectively.

They therefore called on President Buhari the Independent National Electoral Commission and security agencies to be  impartial in the conduct of the two elections.

The governors reached the decision on Saturday after a virtual meeting of the PDP Governors’ Forum presided over by its Chairman and Sokoto State Governor, Aminu Tambuwal.

It was the first meeting Obaseki attended with fellow PDP governors since his defection to the party on June 19 after he was disqualified from the primary election of the All Progressives Congress.

The PDP-GF formally welcomed Obaseki and congratulated him on his emergence as the party leader in Edo State and the party’s candidate in the forthcoming governorship election.

Meanwhile, one of the governors at the meeting told one of our correspondents on condition of anonymity that the governors decided that they would not accept the outcome of any election considered to have been rigged in the two states.

He said the governors also believed that INEC, as the electoral umpire, should be allowed to do its job without any hindrance from either the security agencies or any interested party.

Unlike the Kogi State governorship election which he described as being held under “a rancorous atmosphere,” the governor called on the security agencies, INEC, and the President to act in the best interest of the nation.

He said, “Yes, we met and we looked at the events happening in the two states. Though the electioneering has yet to kick off in Ondo State, we all witnessed what happened to our (PDP) members when we went to the Oba of Benin Palace (in Edo State) a few days ago. Nigerians saw how hoodlums, hired by our rival (party) attacked us and the governor. The aim of the attackers was to provoke us so that we would also react and thereby throw the entire area into confusion.

“We are, therefore, sounding a note of warning that we as a party will not accept the outcome of any rigged election in the two states. We want clear, clean, transparent, and fair elections. Winners must emerge without any state help.

“The people must be allowed to be governed by the people of their choice and not state- or security-imposed ones.

“That’s what we are saying. We do not need any state or security help in any of the states because we know that our candidates are popular and loved by the people.

“All that we are saying is that peoples’ votes must be allowed to count. We will not also accept the random arrest of our members in any of the states or any state for that matter before or after the elections.”

Asked if the PDP would also call for the deployment of any of the electoral officers in the two states, he said “we are not interested in whoever is coming to conduct the election. What we are saying is that, let the referee be impartial. That’s all.”

The PDP-GF also issued a communiqué signed by Tambuwal at the end of the meeting. In the communiqué obtained by one of our correspondents, the governors resolved to set up two committees to coordinate its legislative and legal engagements with the Federal Government.

It read in part, “The meeting resolved to set up two committees of the forum, namely the Legislative Liaison Committee, which is expected to liaise with both the national and state legislatures on legislative matters, and guide the forum on pending Bills, including the Electoral Act Amendment and constitutional review matters as it affects the forum;

“It is also expected to explore the various infractions of the constitution by the Federal Government, including the arbitrary and illegal deductions from the Federation Account.”

The forum further resolved to lend its complete and total support to its candidates in Edo and Ondo states, Obaseki and Eyitayo Jegede (SAN) for them to emerge victorious in the elections.

“The forum enjoined Mr President, INEC and security agencies to play an impartial role in the elections in Edo and Ondo states while urging PDP supporters to stay vigilant and ensure that all votes are counted and all votes count,” Tambuwal added.

The governors commended the PDP National Working Committee under the leadership of Prince Uche Secondus, resolving to work towards enhancing internal democracy within the party.