Edo election: Oshiomhole not face of my campaign – Ize-Iyamu 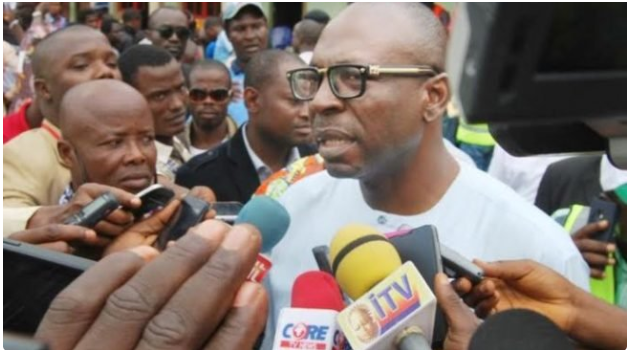 Pastor Osagie Ize-Iyamu, the governorship candidate of the All Progressives Congress, APC, in Edo State, has cleared the air on claims that Adams Oshiomhole, a former National Chairman of the party, has taken over his campaign.

Ize-Iyamu said that the Peoples Democratic Party, PDP, should be blamed for viral videos and comments of Oshiomhole in public places.

The APC candidate said that Oshiomhole is not the face of his election, adding that it was the PDP that “keeps mentioning his name and talking about him and playing his tapes as if he’s the candidate.”

Addressing the press in Benin, the Edo State capital on Saturday, Ize-Iyamu said, “Let me first inform you that Comrade Adams Oshiomhole is not the face of the election. As you already know, I’m the gubernatorial candidate and Mallam Gani Audu is the deputy.

“It is the PDP that keeps mentioning his name and talking about him and playing his tapes as if he’s the candidate.

“But I want to inform you that I’m very well known in Edo where I’ve lived all my life. I was the Chief of Staff and Secretary to the Government.

“Of course, Adams Oshiomhole comes from Edo and he is an APC member. So it’s natural for him to campaign for us.”

Recall that the All Progressives Congress, APC, Progressive Governors Forum, PGF, had cautioned Oshiomhole over his involvement in the governorship campaign.

PGF said Oshiomhole should not lead the APC governorship campaign in Edo State.

Urging the former APC National Chairman to “calm down”, PGF said the party’s governorship candidate in Edo State, Pastor Osagie Ize-Iyamu should be allowed to lead his own campaign.