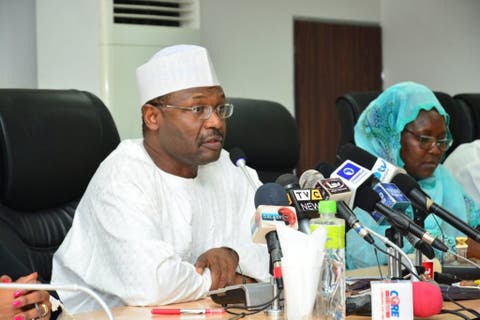 The Independent National Electoral Commission (INEC), has said that it is fully prepared for the Edo State governorship election, saying it must hold on the scheduled date.

INEC’s Chairman, Prof. Mahmood Yakubu, stated this yesterday in Benin, during the meeting of the Inter-Agency Consultative Committee on Election Security (ICCES).

He said, “INEC is ready for this election and I also trust that the security agencies are fully prepared to deal with potential trouble makers, we will make the system transparent. “Out of the 14 activities itemized for the election, 10 have been successfully carried out on schedule, remaining four. So, in terms of preparation, we are ready for Edo election,”

Prof. Yakubu said the commission has come out with the policy on how to conduct elections under COVID-19. “We have test-run the policy in a small election on August 8, in Nasarawa state’s by-election and now we are ready for the Edo and Ondo states election,”

He said that this was the first time the commission is conducting a major election in the context of COVID-19, adding that there is additional pressure to ensure that INEC did not only conduct free, fair credible, and peaceful but also safe elections for everyone.

Prof. Yakubu said, he was in the state to meet with ICCES on the peaceful election and also meet with INEC staff as well as electoral officers across the 18 local government of the state to supervise and see the level of preparation so far for the election.

On the issue of security, he said it was part of what the Commission is going to discuss with ICCES. He said the environment has to be secured before INEC can conduct the election, assuring that the commission will take every step to ensure that the environment is conducive for the election.

Prof Yakubu opined that to ensure a peaceful election, the political parties will sign peace accord a few days to the election. In his speech, the Resident Electoral Commissioner (REC), Johnson Alalibo Sinikiem, said 2,210,534 voters registered for the election.

On his part, the Edo State police commissioner, Johnson Kokumo, said the police are prepared to address security issues on both land and waterways during the election.

He said they have commenced training of security personnel for the election, adding that they are working in synergy with other security agents to ensure peace before, during, and after the election.