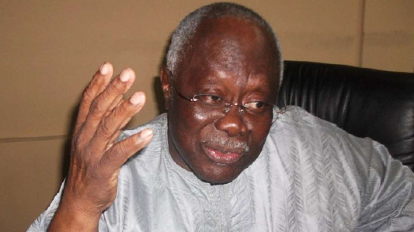 Appearing on Plustv Africa, Fayose was quoted as saying that despite being a member of the PDP, it would be difficult for him to support Obaseki’s re-election bid.

Bode George picked holes in the former Governor’s comments saying that he [Fayose] was on his own.

In a statement yesterday, George wondered why a committed member of a political party could make such comment when he had immensely benefited from same party.

“I am countering such remarks by telling the people of Edo State that we, members of the PDP, in the South-West are in support of Obaseki,” George said.

“We pray for him and we will work and support for him to win the election.