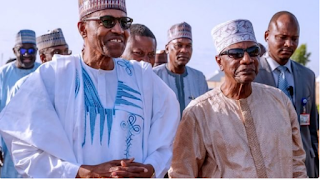 Despite the intervention of President Muhammadu Buhari, Alpha Conde, the 83-year-old president of Guinea is insisting on running for a third term in office, against the country’s 2010 constitution.

Cellou Diallo, former prime minister of Guinea and presidential candidate of the leading opposition party for the October 2020 election, said Buhari’s intervention, and that of Nana Akufo Addo of Ghana, has not been enough to sway Conde.

Conde, through a controversial referendum,  amended the country’s constitution in March — about seven months to the 2020 presidential election — so he could run for office again.

Speaking in an interview Osasu Igbinedion on The Osasu Show, Diallo said he was surprised to learn that ECOWAS still provides financial assistance to the president despite the outstanding electoral issues.

“It should be noted that ECOWAS has taken important steps in the Guinean political crisis. Guinea has recorded high-level interventions from presidents like Buhari, Nana Akufo- Addo and many others within the ECOWAS regions,” he said.

“The attempt has been to sway the position of Alpha Conde. But the president has discouraged this intervention by pretending that there is no crisis in Guinea despite the increasing number of deaths and the killings of more than 100 protesters earlier this year.

“After the massacre, the ECOWAS commission acknowledged the need to organise elections on the 28th of March. Unfortunately, these elections were not transparent and credible.

“Therefore, ECOWAS further recommended a call for dialogue in which political oppositions took part in, on July 4 in order to get president Alpha Conde to organize an inclusive election on the basis of the consensual electoral register. Nonetheless, let me draw attention to the fact that the reaction of ECOWAS to the Guinean crisis falls short of what is needed.”

OPPOSITION ASKS ECOWAS TO DO MORE
Diallo, who is the flagbearer of the Union of Democratic Forces of Guinea (UDFG), said he was surprised to hear that ECOWAS was funding Conde, despite the issues.

“We expect ECOWAS in collaboration with Guinea and other partners with vast experiences in electoral matters such as EU and other international organisations to organize a dialogue that would identify the actions to be taken in order to organize fair and credible presidential and legislative elections in Guinea.

“Furthermore, we were surprised to learn that ECOWAS has just provided Alpha Conde with financial assistance, while the issues relating to elections of the 28th of March 2020 is still being discussed.

“The modalities for keeping up the electoral register has not been resolved either. We believe that such assistance should be considered only after the dialogue has been concluded, and after a consensus has been reached.”

The former prime minister who ran against Conde in 2010 and 2015 said the president never won those elections.

“My victory was stolen from me in 2010 and in 2015, Alpha Conde never won an election. Today, I can assure you if the elections are free and transparent, I will win in the first run because Guineans trust my experience in politics.”

The west African country will head to the polls on October 18, 2020 to elect the country’s president for the next five years.