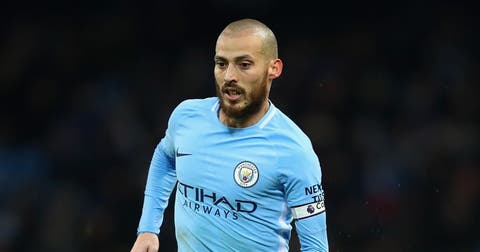 David Silva is expected to sign a three-year contract with Lazio on Monday, arriving as a free agent from Manchester City.

The 34-year-old creative midfielder also had proposals from MLS, specifically Inter Miami, but his father confirmed the player is eager to try a new challenge in Serie A.

According to the Corriere dello Sport, Sportitalia, Sky Sport Italia and others, the announcement could come on Monday.

The final piece of the puzzle has been resolved, with news the Biancocelesti have qualified for the Champions League in 2020-21.

Lazio are offering a three-year contract with an impressive salary, but also a series of perks, including use of a private jet for trips back to his family in Spain and a driver to take him around the Eternal City.

Silva has been at Manchester City since 2010 and his contract expires at the end of this Champions League season.