CLOSE-UP: Akpata, the underdog who broke a 30-year jinx to emerge NBA president 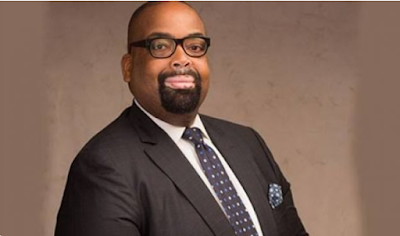 The last time a non-senior advocate of Nigeria (SAN) was elected president of the Nigerian Bar Association (NBA) was in 1989. Charles Idehen, who was NBA president between 1989 and 1991, was succeeded by Clement Akpamgbo (SAN).

Akpamgbo did not complete his tenure, as ex-Military President Ibrahim Babangida appointed him attorney-general of the federation. Priscillia Kuye, the first and only female NBA president till date, succeeded Akpamgbo but she was not elected.

But just like Kuye, Odogiyan was not elected. He emerged after Bayo Ojo (SAN) quit as NBA president to serve as attorney-general of the federation under the administration of former President Olusegun Obasanjo.


And the SANs kept finding their way to the top until 2020 when Olumide Akpata, a 47-year-old lawyer, emerged. He defeated two heavyweights, Dele Adesina and Babatunde Ajibade, by a landslide. Akpata garnered 9,891 votes ahead of Ajibade who had 4,328 votes and Adesina who polled 3,982 votes. Interestingly, the combined votes of Adesina and Ajibade fell short of Akpata’s score.

Akpata’s victory in the election could be attributed to different factors; one of which is the desire for a change in status quo. Before the NBA election, young lawyers were all over the social media, highlighting reasons why the dominance of SANs needed to end as far as the association’s leadership was concerned.

In the build-up to the 2019 elections, the All Progressives Congress (APC) in Kwara state launched the “O To Ge” campaign to retire the Sarakis, who held sway for over four decades. The Saraki political dynasty determined who got what in Kwara. Abubakar Olusola Saraki, patriarch of the dynasty, was very popular among his people. When he fell out with Mohammed Lawal, a former governor of the state, the late Saraki brought forth Bukola, his son, to succeed Lawal. At the end of Bukola’s two terms as governor, he not only chose his successor but also ended in the senate where he later emerged the head of the upper legislative chamber.

But the influence and power of Saraki could not withstand the force of the “O To Ge’ revolution. He was swept out of the senate. In summary, members of the NBA adopted a similar method to halt the dominance of SANs at the helms of affairs.

AKPATA: I HAVE WHAT IT TAKES TO LEAD

Other factors also worked in favour of Akpata. Going by his manifesto, he cuts the picture of a simple, yet focused, lawyer, who is interested in steering the NBA towards the highest standards of professionalism and meaningful influence in the interest of justice and promoting diversity.

“I believe that the NBA is currently punching below its weight. Indeed, there is a widespread sentiment within the profession that the NBA is grossly lacking in utilitarian value and that many lawyers have remained members of the Association simply out of compulsion,” he wrote in his manifesto.

“This should not be. I am confident that I possess the tools to lay a solid foundation for a Bar that works for the interests of all segments of the profession.”

‘PASSIONATE ABOUT THE YOUNG’

In an interview he granted earlier in the year, Akpata spoke about the passion he has for young lawyers. He also promised to look into their welfare if elected to lead the NBA.

“Anyone who has followed my activities especially at the Bar will attest to the fact that the NBA Young Lawyer has been of primary focus and interest for me. In fact, I always have to defend myself to tell our more esteemed seniors that I am for everyone, and indeed, I am,” he had said.

“Frankly, one of the fundamental principles that guide my actions is that it is impossible to chart the course for the future of any association or organisation and the young persons who are supposed to be the beneficiaries of that future have no seat at the negotiation table. It just cannot work. If I emerge as NBA President, I will bring institutional focus to issues affecting our younger colleagues. In this regard I must say here as I have said a number of times at different fora, my idea of welfare for the young lawyer does not lie in providing hand-outs to them. Rather it is about equipping them with modern skills and tools to provide for themselves.”


In another interview, he called for the review of the law school curriculum, saying young persons deserve more.

“When we get to interview these young lawyers who say they want to join us, the first thing that hits you, even with the one who has first class from law school, is that they don’t have the knowledge to deal with law today. But it’s not their fault. What are they being taught? They have book knowledge; they are following a curriculum that I followed 20 years ago when I entered the University of Benin, how can anybody still be teaching people with that kind of curriculum in today’s world? In 2020, you are not offering Technology Law, there is nothing about commercial awareness to make lawyers understand that they are operators in an economy; that we are the pivot in the economy because all the relationships in the economy are underpinned by legal documentation. That is what we are supposed to be doing,” he had said.

He had added: “Should I become president, I will fashion out policies that will significantly improve the welfare and well-being of young lawyers and lawyers generally. Issues around welfare in terms of better remuneration, health insurance, protection from sexual and other forms of harassment at the workplace and access to finance for those seeking to set up their own practices will be front-burner issues for me.”

Akpata now has the opportunity to match his words with action.

Born on October 7, 1972, Akpata had his early education in Warri, Delta state.  He attended Kings College, Lagos, for his secondary education and later got admitted into the University of Benin. He was called to the bar on December 15, 1993. He is a founding member of the NBA Section on Business Law (NBA-SBL), which comprises 22 committees, which focus on various areas of commercial law dating back to as far as 2006.