“I had read Pastor Nomthi Odukoya’s book, ‘No! Don’t Touch Me There’, so like I just sometimes did, I told my daughter ‘don’t let anyone touch your wee wee’. Her response after that changed our lives as a family, forever. The next thing she said was ‘he put his wee wee in my wee wee.’ Well, I asked her, who put his wee wee in your wee wee? and she said Mr Adenekan (pictures). My heart shattered into a million pieces, literally.” 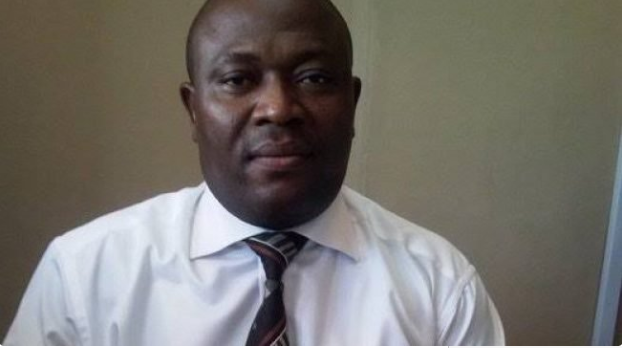 Those are the words of Grace Adebola (not real name), the mother of a two-year-old female pupil of Chrisland School, Victoria Garden City (VGC), Lagos state. Her daughter was sexually abused by Adegboyega Adenekan, a former supervisor at the school.

Adenekan was arraigned on January 29, 2018, on a one-count charge of defiling Adebola’s daughter, who was two years and 11 months old at the time of the incident in 2016.

In an interview with TheCable, Adebola said she was very protective of her children, and that was why she took them to Chrisland, a supposed “safe haven for them”.

“I never left my kids unattended to. As soon as I got pregnant, I left paid employment and started freelancing, doing business here and there, so, as soon as they closed from school, I could be available and be there with them at all times, even when doing extra curricular activities,” she said.

“Even in church, I taught in the children’s section and I was always in the children’s department, whether or not I was assigned to teach. The only place I couldn’t be with them was in school. But that is meant to be a safe haven for them.

‘WE TRUSTED CHRISLAND WITH OUR MOST PRIZED POSSESSION’

“See you must understand that this school we are talking about is Chrisland; not just any school. The only reason we took our kids there, leaving behind so many other schools… was because we had a lot of trust in the school. We believed they could give our kids the best education, we believed they could keep our children safe. It never crossed my mind that her class teachers would carelessly allow someone to take her out of the class to his office to molest her. The pre-school 2 class teacher didn’t mention the family friend part until she was speaking with the police. I was extremely surprised. I mean, what kind of relationship existed between my daughter and this man that would warrant her class teacher assume we were family friends? Maybe if she had told me that, that would have created a spark, a reason for me to be worried.

“I trusted her, I trusted the school. I gave you my child to care for, with all due respect, I didn’t expect you to let anyone take her out of the class. I trusted Chrisland so much, that was why my kids attended the school in the first place. We trusted them with our most prized possession. We were living in our own nightmare. We never imagined this could happen to our daughter. We were not careless with watching and protecting our kids at all. In our wildest dreams, we never thought our daughter could be abused in school, the one place we could not follow her to.”

Adebola alleged that after she informed the school of what her daughter had told her and she (her daughter) repeated it before the management, the school visited her home and asked to be given two weeks to investigate the issue but went silent afterwards.

She added that the management visited her twice again, “asking us what we wanted so as to make the case go away”.

“The teachers turned me into an enemy. As soon as they saw me in the school on my way to speak with the headteacher, they would set security guards to start following me around, They wouldn’t even respond to my greetings,” she said.

THE JOURNEY TO JUSTICE

Adebola said her family had planned to keep the abuse to themselves, but their daughter changed their minds.

“Our first intention was to just keep quiet about it, for fear of victimisation and once the school term was over, quietly take my kids out of the school. So I spoke to Mr Adenekan and told him what my daughter and said, warned him to stay clear of her if he met her in the school. I told him if it continued, I was going to press charges, however, he said to me that even if I did press charges, no one was going to believe me,” she said.

“But our daughter changed our resolve about keeping quiet. Mr Adenekan had told her that she would die; he would kill her mom, dad, sisters and dog if she ever told anyone. As soon as she opened up about the abuse and she saw she didn’t die, that no one had died, it was as though an oasis had been unplugged. She couldn’t stop talking about all the terrible things he did to her. I couldn’t stop her from talking, but I crumbled with every word she spoke. It became obvious that if we did not do something, our daughter would be treated, meet with psychologists to help her deal with the abuse, but other kids would still fall victim of the pedophile. This great evil done to us could not be covered.”

Well, we waited, one week. Nothing. 12 days, nothing, 14 days, nothing. I said God, is this how my daughters abuser will just go without her getting justice? So I started asking lawyers, please help me, this grave thing has happened to us, what do we do? Then they said if you go to a police station around the locality, this issue will be bought and swept under the rug, go to the Office of the Public Defender, they will not be able to shut OPD up. That was when my journey from Ajah to Ikeja started, everyday, come rain, shine, traffic or bike.

I met great people there, Mrs Salami and Ms Gloria Chinoyera, the case was transferred to Area F. We were referred to Mirabel centre, a government hospital, where the doctor affirmed my daughter was abused and that there were lacerations that were already healing.

As soon as the school realised the case was with the office of The public defender, they went to report at the police station in Ajah, they only reported after I went to the OPD when I saw they did nothing concerning my complaint and then they called a PTA meeting. At the PTA, they alleged a lot of things. They said I was out to tarnish the schools image and that I told my daughter to say those things because I wanted to be popular, that I just wanted to conspire against Chrisland. Chrisland broke our trust, we were a friend of the school. We loved Chrisland, we referred Chrisland. It was never us against Chrisland, we had thought it was going to be us and Chrisland against Mr Adenekan, or at least that they would have been neutral and let the law take its course.

‘MY DAUGHTER NOT THE ONLY VICTIM’

Adebola said not just her daughter, but two other minors were reportedly also abused by Adenekan.

“Well, our daughter started seeing a psychologist and that was where a new can of worms was exposed, including the fact that he would take her and another girl (names withheld) to his office and ask them both to play with each other. The psychologist set up a meeting with the girl, her mother and her uncle. The girl’s speech was not as developed as my daughter’s but when they asked her what Mr Adenekan does, she pointed to her private part, several times,” she said.

“I thought I finally had someone to corroborate. However, the next day, the girl’s mother said we should leave her daughter alone that nothing was wrong with her daughter. So, once again, we were back to seeking justice for our child, alone.

“My daughter mentioned how he showed her videos of a child doing things to a man and how he told her Jesus liked what he was doing to her. She said he took pictures of her naked. He didn’t just abuse her and let her be, he messed with her mind.

“Aside the girl my daughter mentioned, there was another child Mr Adenekan attested to have been close to before he decided to be friends with my daughter. That other girl was in pre-school one and all of a sudden, the parents of that child had withdrawn her from the school. Why? Why did the parents of that other girl unceremoniously take their child out of the school in the middle of a term? What did they discover? Was Chrisland interested in asking these questions?

Asked if she felt she got justice for her daughter, Adebola answered in the affirmative. She, however, said it does not make her feel better as “nothing can buy back the innocence he took from her”.

She thanked the justice system and all those who helped her see to Adenekan’s conviction.

“We got justice, yes. But did it make me feel better? No. Nothing can justify what he made our daughter go through; nothing can buy back the innocence he took from her. There are some pains that you just learn to live with,” she said.

“DSVRT, the Lagos state prosecution, Mrs Titilola Vivour-Adeniyi, Barrister Babajide Boye — all these people worked relentlessly and professionally to ensure justice was served. We were represented by civil servants as against a senior advocate of Nigeria. The judicial system reaffirmed our faith that even us can get justice.”

Adenekan had appealed the sentence handed down to him, but the court dismissed his plea.

THE LAW VS SEXUAL ASSAULT

The past months have recorded several incidents of sexual assault against women across the country. Barakat Bello, an 18-year-old girl, was reportedly raped at her father’s home in Ibadan, while Vera Omozuwa, a student of the University of Benin (UNIBEN), was raped and murdered while reading inside a parish of the Redeemed Christian Church of God (RCCG).

However, the lawmakers voted against castration as punishment for rapists. They, instead, called for stiffer penalties against persons found guilty of rape.