China greatest threat to America, we must respond – US Senator warns as WW3 tension deepens 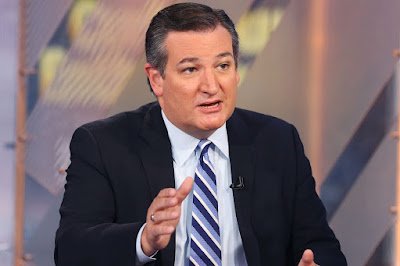 US Senator, Ted Cruz (Texas) has described China as the “greatest geopolitical threat” to America and its allies.

Speaking to Fox News, Cruz suggested that tensions between America and China could linger for the “next century.”

The Texan lawmaker said, “China is the greatest geopolitical threat facing the United States and our allies — now and for the next century.”

He warned that the Chinese Government’s objective was nothing short of dominating the world.

“Yet many on the world stage, including at the United Nations, turn a blind eye to China’s barbaric behavior and aggression.

“That is not the case in the United States. We must and will respond,” he stated.

He lamented China’s treatment of Hong Kong and the Uighur Muslims, describing it as part of its pattern of despicable behaviour.

“It’s time for the United States to take serious measures to hold China accountable,” he said.

Cruz said the US needs to do everything it can to make it clear that it will not “tolerate China’s relentless attempts to bully its neighbors into submission.”