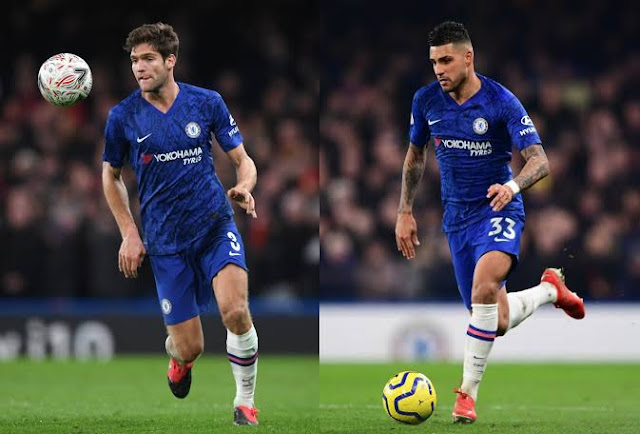 Chelsea are set for a defensive exodus with Marcos Alonso and Emerson Palmieri the first out to make way for Ben Chilwell.
The Blues’ defensive problems have been well documented this season, with a new left-back and at least one center-back an absolute necessity to buy this summer.
The FA Cup final defeat to Arsenal exposed Chelsea’s porous defence and lack of leaders. Frank Lampard is now looking to axe some of his current defenders to make space for new reinforcements.
Marcos Alonso and Emerson have both struggled to hit the ground running this season and could be nearing the exit door.
And all four center-backs – Antonio Rudiger, Kurt Zouma, Andreas Christensen and Fikayo Tomori – have shown flaws, a lack of leadership and consistency this term.
Frank Lampard is said to be a big fan of Nathan Ake, although Manchester City have made the first tentative contact with Bournemouth about a potential £35million deal for the Dutch defender.
It is understood that the West Londoners did not activate their buy-back option on Ake – who came through Chelsea’s academy system – as they already have four first-team center-backs.